I have always considered myself average looking, and hard as I try, I just can't see what others say they see when they looked at me. I have been told by the people around me that I am beautiful–that my skin is satiny smooth, my voluptuous figure very trim, and my voice is like silk to the ears. Truthfully, I have never seen any of these things and I can't help but wonder how and why others see them. Pondering this a moment, I deduct that my mind has somehow been trained to think there isn’t anything about me that is worth much, and no matter how hard I try to tell myself otherwise, all I ever see are flaws.

Sighing, I sit on the edge of the bed and look around the almost bare studio apartment I've lived in for the past year and a half. A bout of sadness envelops me as I think about my life up to this point, and once again, I begin to doubt my worth.

In my twenty-two years of life, I have seen and suffered things no one should have to. Having been raised by an alcoholic mother and an abusive father, childhood was nothing but miserable for me. From the age of six to twelve years old, when other children were laughing and playing and sharing secrets with their friends, I was a woman-child, barely surviving and telling my secrets to no one. In the afternoons after school when I should have been busy being a child, I was subjected to the screams of my mother as my father beat her. And at night while other children were safely tucked in their beds and sleeping, I was forced to endure the sickening presence of my father in my room as he abused and defiled me.

One day my mother finally found the courage to leave her husband. She packed our things while he was working and moved us from Charlotte back to her hometown of Asheville. Unfortunately, the move was too little, too late, for my life had been permanently scarred. And it didn’t help that every man my mother moved into our home seemed to think I should be part of the deal.

In the past, I had felt dirty and cheap, but more than anything, I felt alone. There was no one I could turn to and share my painful burdens. Later in life, that loneliness guided me to make decisions that only added to my misery, bringing even more shame upon me.

A single tear slips down my cheek as I remember the days and nights of endless partying, each manic episode filled with drugs, alcohol, and many times, immoral conduct. When I was younger, my father made it his solemn duty to tell me repeatedly that I was worthless and only good for one thing in life. It seemed his comments found a permanent place in my mind and heart. My father had foreseen my future and had helped as much as he could to make that future happen. But I know in the end the choices had been my own, just as the choice to finally change had been.

A heavy melancholy encompasses me as I think back to the day I made the decision to abandon the self-destructive lifestyle. It was a little over a year ago. I had just gotten home from work. I was tired, my feet were sore after working all day waiting tables, and I was looking forward to a tall can of beer and some rest. I had just sat down when there was a knock at the door.

When I opened the door to a braid-wearing teenage girl donning heavy makeup, a dirty mini skirt, and scuffed up high heels–one of them broken–my first words were, “Sorry, no customers at this house.”
She gave me a teary smile and replied, “I'm not looking for a customer . . . I'm looking for a way out.” She hesitated and then added, “You may not believe this, but I was praying earlier, asking the Lord for help, and a voice guided me to your door.”

Warm tears stream down my face as I ponder how my heart had instantly gone out to her. I knew the life she'd lived and what she'd suffered before reaching this point. No, I didn't know her; I had never seen her before. But I knew, because I had been there, myself.

Stepping aside, I invited her in and listened as she talked, my suspicions about her abusive childhood confirmed. I fed her a meal, invited her to use my shower, and gave her some clean clothes to change into. Taking the tips that I'd made that day from my purse, I called a cab, took her to the bus station, and put her on a bus to Raleigh to go and live with her aunt. When I got back home, I sat on the sofa, closed my eyes and cried. Nothing I had ever done in my life left me feeling as much peace as that one act had.

I immediately threw away every bit of alcohol in the apartment, vowing to never take another drink, pop another pill, or smoke another joint for the rest of my life. I stopped partying and made a commitment to change my life. I was determined to do this, despite family members and friends telling me I would never change. Sadly, there was no support from anyone except the counselor assigned to me when I enrolled in a free substance abuse program. No one in my family, nor the people I associated with would let go of the past. So how was I supposed to? I couldn’t escape it because it surrounded me and was constantly being thrown back in my face.

Even now, I still struggle with doubts. I've listened to several motivational talks on learning to forgive oneself, letting go of past mistakes and moving on, but the messages never seem to stick, and in my heart that I continue to feel too unworthy to deserve more in life. We reap what we sow, as they say. Apparently, I haven't sowed enough good.

Opening my purse, I pull out a letter that came in the mail three weeks ago. It is from an older woman named Jessica who lives in Salt Lake City, Utah.

I met Jessica Kelly at a motivational conference for women that was held downtown. We sat next to each other and were instantly taken with one another. At the close of the conference, Jessica told me she wanted to get to know me better. Reflex prompted me to ask why–there had to be a hidden reason, of course–but I bit my tongue.

We had lunch together the next day. And throughout that week when I wasn’t working, I spent a great deal of time with her and we did many things together, seeing and visiting places in the city that I never thought I would.

Jessica managed to get me to open up a little about my life, something I had never done before. I don't know how she did it. Maybe a deeper part of me needed to share, if only to relieve a little pressure. Though I didn’t give many details, the little I shared with her brought the poor woman to tears. I hated making her cry, but I appreciated that she cared.

In that week, I grew to care about Jessica a great deal, and I found myself wishing my own mother could be more like her. How sad that in just one week I developed more of a relationship with the older woman than I ever had with my own mother.

Jessica told me she has always been alone. She never married and it saddens her that she was never blessed with children of her own. And except for the times her nephew comes to visit from Australia, her life is basically a solitary one.

I read the letter again in renewed awe. Jessica invited me to come and stay with her for a while in Salt Lake City. She even sent a plane ticket with the letter, making it harder for me to say no, just as she had known it would. She knows me well. I've never dreamed of going so far away, and to say I am nervous is an understatement. But the excitement of starting over somewhere where no one knows me or anything about my past overrides my nervousness. I re-read the last part of the letter.

Now I know you don’t like to feel like you’re not pulling your own weight, so before you say no, I just want to tell you I own a women’s clothing boutique downtown. One of my sales ladies had to quit suddenly. The position is yours if you want it. It is only three days a week, so we will still have plenty of time to visit and sight see, and of course, shop. We’re going to have the time of our lives! It will mean so much to me to have you here, Cisely. More than you could ever know. Call me soon.
Much love,
Jessica.

Hearing the taxi honking outside, I refold the letter and slip it back into my purse. After touching up my makeup, I place the key to the apartment on the counter for the landlord. Sadly, there are no more goodbyes to be said. My mother doesn’t seem to care that I'm leaving. Neither does anyone else for that matter, but I have received various opinions on how they think my life will turn out. “You’ll be back,” my so-called friends told me. “You’re going to be right back here partying with the rest of us. You can never escape where you’ve been or who you are.”

Squeezing my eyes shut, I shake my head to dislodge the negative thoughts. Looking around the half empty room one last time, I grab my bags and leave. 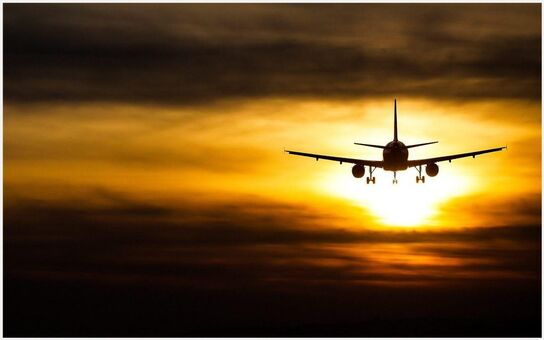